The Music Mela Conference 2014 event has been arranged this week in Islamabad where many famous celebrities, musicians and artists participate. The event has been organized by the US Embassy in collaboration with the Pakistan-US Alumni Network and the Foundation for Arts, Culture and Education.

Pakistan’s capital Islamabad released music festival attendance on the second day of the conference and to see the excitement that can be well estimated by organizers of rock music.

Khan Belal, photographer and member of the audience said: After a long time, Arieb and Zeejah have pulled off a music event without getting interrupted by the Capital Development Authority, which happened often before [when any jam session was organised]. “Everything from the crowd to performances is great and it’s an absolute ‘go-to’ event even for families. 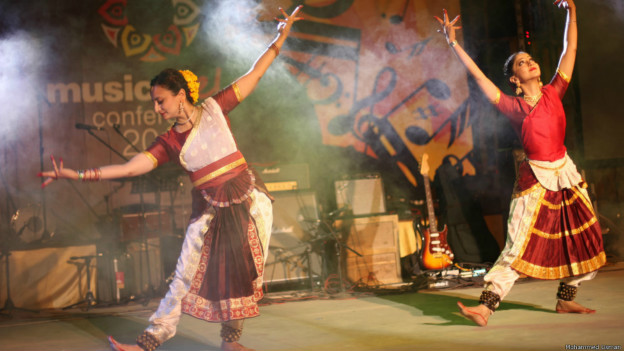 Karachi and Lahore in which today’s music underground music circles in Islamabad, the capital or the capital of music called Underground. These bands prefer rock music and Western manufacturers are using to watch and entertain audiences.

Saturday performed the same bands were invited in and listen to a number of students arrived. These bands melodies presented by the international rock bands and artists also sang songs. Performed before the end of the second day, supposedly the band, best rock band of Pakistan are winning international awards. Six years is associated with rock music in Islamabad.

Zain, Lahore are part of an underground band and he says, middle class musicians in the country who want to recognize talent but can not sacrifice our principles. There are some bands who supposedly stayed Commercial and successful. Yet there are many who tried but did not succeed and lost courage. Just a hobby or a passion for the music has never been an excuse to sit together such a musical festival to the public should be able to do so.

This music festival conference in Islamabad 40 students from different universities are also involved as a volunteer is handling the arrangements. Akmal Khan, one of them says, ‘This is indeed the first event of Islamabad. Today never happened here before people really enjoy the rock concert, all swinging, screaming kill but did not bother anyone